A lady wrote to Reader’s Digest recently. She wanted to tell about an experience she had taking a young girl from India to church with her. It was the 11-year-old girl’s first exposure to Christian worship. The young lady’s parents were traveling on business and left her with their American friends. The little Hindu girl decided on her own to go with the family to church one Sunday. When they returned home, her host’s husband asked her what she thought of the service.

“I don’t understand why the West Coast isn’t included, too,” the little girl replied. 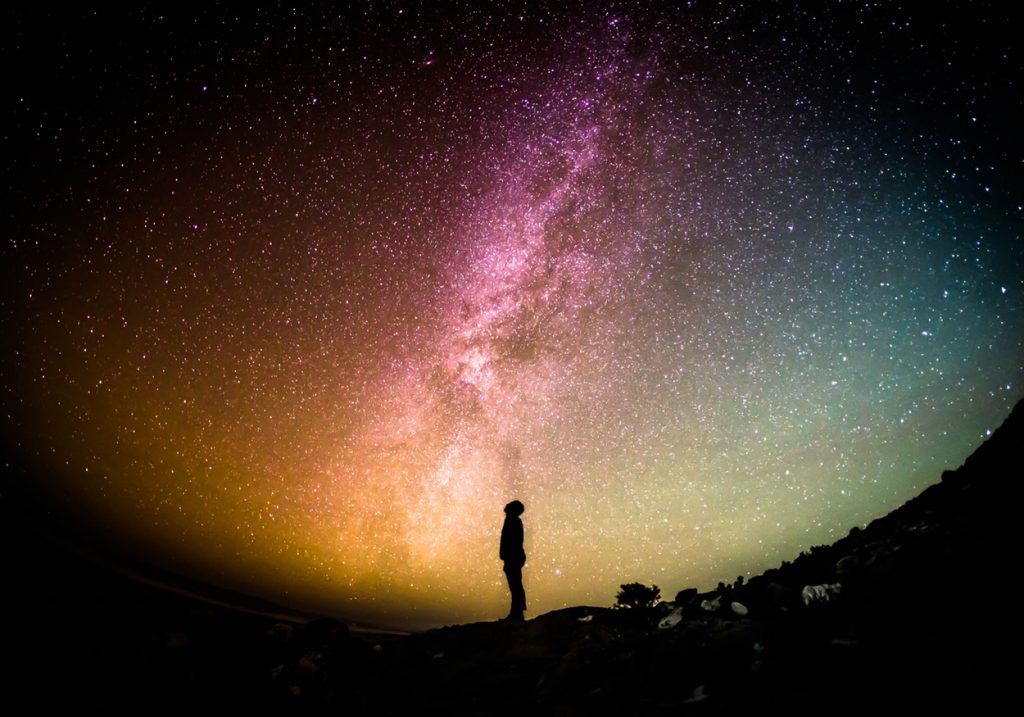 When they inquired what she meant, she said, “You know, in the name of the Father, the Son and the whole East Coast.” I can see why she was confused. There are some parts of our faith that are difficult to understand or explain. One of these is the Trinity.

I find myself in a difficult position this morning on the horns of a dilemma, as they say. On the one hand I feel like the parents of another little girl must have felt. One day she asked her father, “Daddy, what is God like?” The question sounded innocent enoughuntil the father actually tried to put his answer into language that a fiveyearold could relate to. Finally, he gave the answer for which fathers are famous: “Go ask your mother.”

She went to her mother with the question, “Mother, what is God like?” The mother soon realized that she had no adequate answer for her daughter either. She said, “Honey, why don’t you ask your Sunday School teacher?”

The little girl went to her Sunday School teacher with the same question, “What is God like?”

The teacher said simply, “Why don’t you ask your father or mother?”

The little girl thought to herself as she left, “If I had lived with God as long as my father and mother and Sunday School teacher, I think I would be able to tell a little girl what He is like.”

That’s one horn of the dilemma. We are Christians. We have walked with God, many of us, all of our lives. We ought to be able to tell people what God is like. However, there is another horn to the dilemma. 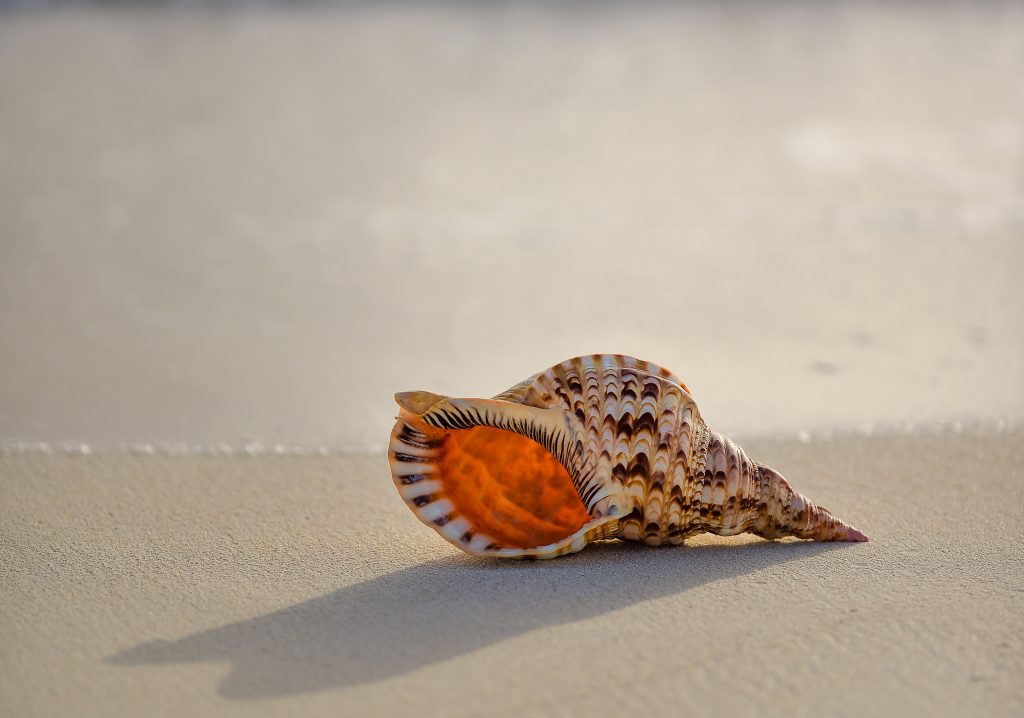 St. Augustine, one of the most astute thinkers the Christian Church has ever produced, was walking along the seashore one day while pondering the doctrine of the TrinityFather, Son, and the “whole East coast.” He seemed to hear a voice saying, “Pick up one of the large sea shells there by the shore.” So he picked it up. Then the voice said, “Now pour the ocean into the shell.” And he said, “Lord, I can’t do that.”

And the voice answered, “Of course not. In the same way, how can your small, finite mind ever hold and understand the mystery of the eternal, infinite, triune God?”

Do you get the drift of my dilemma?

Many Christian churches will be celebrating today the doctrine of the Trinity. It is one of the most prized truths of the Christian faith. “God in three persons, blessed Trinity….”

I’m glad we’re trinitarians. If I had adequately to explain the Trinity to a fiveyearold, however, or even to a fifty year old, for that matter, I would be in trouble. How can you pour the ocean into a mere seashell? How do you explain the grandeur of God to minds as limited as ours?

God in three persons. What does it mean? The word Trinity does not even appear in the New Testament. Why, then, did the church Fathers formulate such a difficult and confusing doctrine? It leads to all kinds of difficult questions. How could the babe in the manger control the movement of stars? Was Jesus merely quoting Psalms when he cried out, “My God, my God, why hast Thou forsaken me…?” These are questions for which I have no answers. Still, I want to affirm that the doctrine of the Trinity is the very heart of everything we believe as followers of Jesus Christ.

IT SAYS, FIRST OF ALL, THAT GOD IS BEYOND THE CATEGORIES BY WHICH WE HUMANS CLASSIFY REALITY.

J.B. Phillips was right. Our God is too small! Look around you. Truly the heavens are telling the glory of God. And the glory which they describe is breathtaking.
In 150 BC there lived a man named Hipparchus who said there were exactly 1,026 stars in the universe. Fifteen hundred years later Galileo, using the newly invented telescope, looked into the sky and saw many times that number. Now we know there are about 100 billion stars in our galaxy alone and there are billions of such galaxies besides ours! Can you deal with that? Billions and billions of solar systems like our own?

How big is this universe? February 23, 1987. An astronomer observed with his naked eye the explosion of a distant supernovaa blast so powerful that it released as much energy in one second as our sun will release in ten billion years. The truly startling fact is that this supernova exploded 170,000 years ago. It took that long for the light generated by that faraway event, traveling almost 6 trillion miles a year, to reach us. Can you imagine the magnitude of a God who is bigger than all that? Is your God big enough?

Can you imagine a God for whom time does not even exist? We talk about ‘forever.’ People say, “Forever is a long time.” That’s not it at all. Where God is, there is no time. As Augustine taught us, God created time just as He created space. There is no tomorrow or yesterday in heaven. It is always now! Can you get your mind around that? Eternity is timeless.

In Los Angeles there is a fossil museum beside the La Brea tar pits. At the entrance of the museum is a painting of a ribbon, eightyfive feet long, representing five billion years of the earth’s history. One inch equals five million years. Do you know how much space on that ribbon belongs to the history of the human race, from the cave men to the astronauts? Less than onehalf inch! As one author asks, “What was God doing the other 84 feet 11 1/2 inches? “

It is good to remember when we wonder why God doesn’t keep our timetable that time is nothing to God. Time is a convenience by which we measure things, not God. You see, many of us have a God who is too small. We want to create God in our image, but He is the Divine Other. He is beyond our imagining. When we say, “God in three persons,” we are affirming that God is beyond the categories by which we humans classify reality.

AT THE SAME TIME WE ARE AFFIRMING THAT THE GOD WHO IS BEYOND OUR UNDERSTANDING VISITED THIS PLANET IN THE PERSON OF JESUS OF NAZARETH.

I know I am going beyond what many people can accept, but this is the heart of the Christian message. We are not Deists. We do not believe that God set the world in motion and then walked off and left it. We believe God visited our world in the life of a humble carpenter.

Notice I did not say in the guise of a humble carpenter. I said in the life of this carpenter. 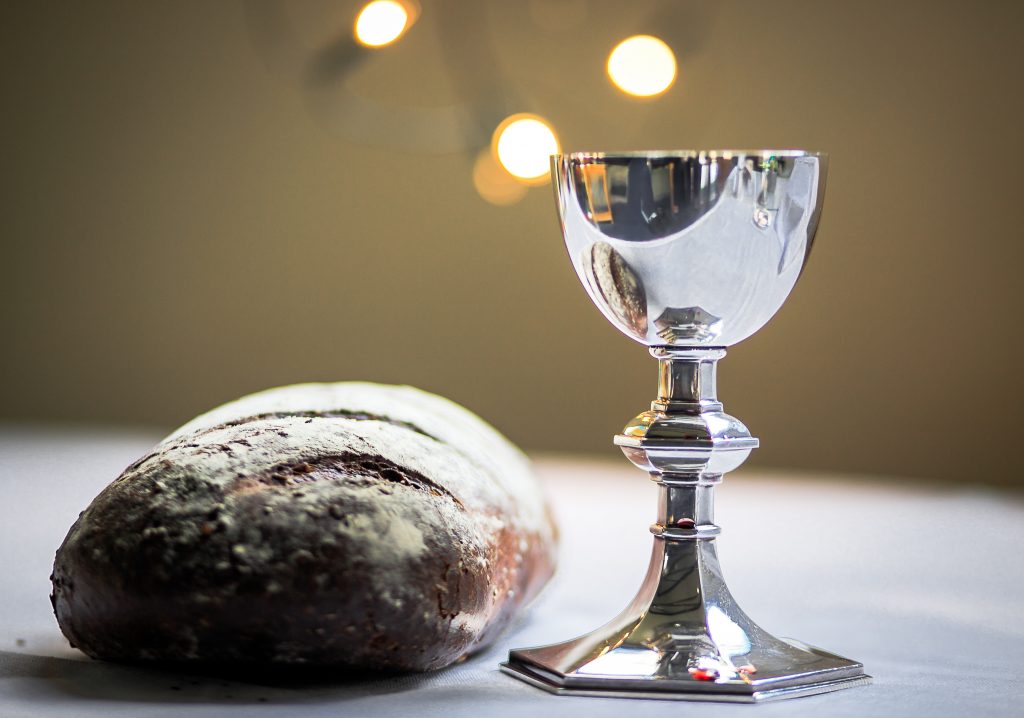 Jesus was not God masquerading as a man. No, God emptied Himself and became fully human when Christ was born in the manger of Bethlehem. He cried real tears, and sweat real sweat and bled real blood. He was a real man, and yet God was in Him, “reconciling the world unto Himself.”

Thus Jesus was more than just another hero. Heroes come and go. Want to hear an absurd statistic? There was a poll recently that caught my attention. It was by the Social Science Research Institute at the University of Tennessee, surveying 1,077 people concerning how they felt about the deceased rockandroll star, Elvis Presley. It found the following startling results: Twenty per cent of those interviewed believe Elvis never disobeyed his parents. Seven per cent believe he never told a lie. (1) Amazing!

Jesus was more than just another hero, more than another great teacher, more than a dedicated martyr. He was all these things, of course, but more. He was God emptying Himself and taking on himself the sufferings of us all. Can you deal with that?

There is an old story about former Notre Dame football coach, Knute Rockne. Rockne devised a play where both guards and the center pull to go block for the ballcarrier. Obviously that left a large hole in the center of the offensive line. It was the quarterback’s job to hit all the big linemen who poured through that hole.
Rockne was once explaining the play to a fellow coach when the coach stopped Rockne’s explanation to ask how effective the play had been. Rockne admitted that he didn’t know. He said his quarterback had never been stupid enough to call that play. (2) It is beyond our comprehension that the God of billions of galaxies would humble Himself to become one of us and to take upon Himself our weakness, our shame, but you see, God is God. He defies all the categories with which we are familiar. That is what the doctrine of the Trinity is saying to us. God is bigger than all our categories. Yet God humbled Himself and walked among us.

AND FINALLY, THIS SAME GOD WHO CREATES AND SUSTAINS, WHO IN CHRIST SUFFERED AND DIED, IS AVAILABLE TO EVERYONE OF US HERE AND NOW.

Wow! That is what we mean by the work of the Holy Spirit. God is present; He is available; He is our Comforter, our Sustainer, our Friend. There is an old story of a conversation between former Prime Minister Menachem Begin of Israel and President Jimmy Carter. It was during one of Begin’s visits to America. Begin questioned Carter about his platinum, red, and gold phones in the Oval Office. “Tell me, what are they really for?” he kidded the president. “Well, the platinum phone goes to Plains so I can keep track of Billy. The red phone is a hot line to Russia so I can keep track of what’s happening there. My gold phone is a direct line to God.”

“How much does it cost to call God?” Begin asked.

“Ten thousand dollars,” Carter replied. “But it’s worth every penny.”

Later when Carter was visiting Begin in Israel, he asked the same question. “What are your three phones for?”

“How much does it cost to call God from here?” Carter asked.

The confusing doctrine of the Trinity says that the same God of a billion galaxies, who emptied Himself and walked the dusty roads of Galilee, is a local call. He is here, and He is available. If we have a need, He is our Provider. If we are heartbroken, He is our encourager. If we have wandered far from the path of righteousness, He is our Savior. Everything we ever need, we find in Him. God in three persons. Blessed Trinity.